aspects of true leadership and see if those who are in charge of our governments functioning are actually true leaders, or just a group who are being followed.

The first aspect (and perhaps the most important) is do the leaders create a Vision that others can believe in, rally around and

become a part of? This nations founders had a powerful vision, not only something that people could believe in and become a part of…but something that they would have to rally around to grow as individual and groups. Does the American government currently have a Vision that the people can believe in? Obamacare? Tax Reform? Jobs? The Economy? It really doesn’t appear so. One of the latest government approval rating shows that around 14% of Americans approve of the job the United States Congress is doing. President Obama is doing somewhat better at about 40% approval (Galllup)……These numbers show little belief in the government and it’s Vision.
/
The next aspect of leadership is being able to set goals that are achievable, and creating a dynamic that allows the group(in this case

the American people)to participate in achieving these goals. This principal of involvement allows others to offer their expertise and skills to making the goal possible, and this principal also creates the possibility for innovation and the establishment of new goals. This was one of the pillars that the United States of America was founded on, maximum utilization of expertise and participation. The marginalization of certain groups of people is causing harm to this nation, because we are not taking advantage of their expertise and skills, all because they are different or don’t have as much as others. Leadership is not occurring if only the leaders are participating.
/
The final aspect of leadership that we will discuss today(remember there are many others)is the ability to motivate others to motivate 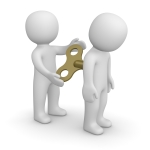 other to achieve the aforementioned goals, without motivation people will not participate in the needed tasks, or will participate, but not for very long(or willingly). Motivation goes hand-in-hand with having a Vision people can believe in, but as a leader you must maintain that believe and energy, otherwise it will lose it’s drive. There are many examples of our government offering it’s people motivation(whether intrinsic or extrinsic); Motivating the American People from an agrarian economy into the more aggressive industrial economy, The Roosevelt Administration motivating the American People out of The Depression and into World War II, and the increase in national infrastructure. However I see just self-motivation, and the motivation for survival amongst many of the American people, I see no connective motivation from our government.
/
According to these standard factors that dictate leadership, there is little to no amount of leadership currently coming from our nation’s capitol. Leadership tends to come directly from the American People, the people provide their own vision for their future which they interpret into survival and social goals.People provide their own motivation in America today.

An Evidence-Informed Blog for Learning Professionals

The Art and Craft of Blogging

The online source for news, articles, information and other resources about the paranormal.

What Inspires Your Writing?

A blog dedicated to writers...and the people, places, and things that spark their creativity

Waking up on the Wrong Side of 50

Navigating the second half of my life

Welcome to my world.

The Interaction of Human Psychology and The Our Ever Changing Environment.

DON'T GIVE A JAM

A daily selection of the best content published on WordPress, collected for you by humans who love to read.

taking your writing to the next level

Chronicles Of A Dystonia Muse

The decidedly non-frivolous musings of a battle-clever Dystonia damsel - less in distress - seeking a bit of comic relief as she airs her neurological dirty laundry.

Empowering Leaders 300 Words at a Time

Specialist Recruiters For the Human Resources and Training Market, Interim and Permanent